This blogsite is no longer active. For all active posts please go to: http://momatthebarre.com.

I Will Run this Marathon - Yes I Will

I just realized that I have not posted since May when I wrote about getting yelled at at Soul Cycle. I was floored by all the comments I received, both on the blog and off-line. People felt very strongly, whether they were for or against the 'newbie in the front row' concept. Anyhow, loved reading all the comments!

But back to why I have been MIA. I do feel bad. I tried out a ton of great classes over the last few months, and went to a few fitness events but have not gotten around to writing about them. I will over the next few weeks but today I want to write about the three new developments in my life that have been all-consuming.

1. New Job:
In June I went back to work. Granted it's only for the summer (I still have a semester of grad school left) but I am working which means not a lot of free time galavanting around time trying fitness classes. This job is different from anything I have done before and was a little out of my comfort zone when I first started. But I'm already a few weeks into it and I'm loving it. The learning curve has been steep, the people have been amazing and it's a reminder that it's never too late to make a switch in one's career. Having said that, I am now a working mom and it is tiring. Which brings me to development number two. 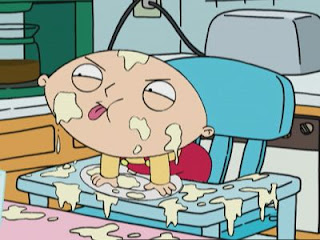 2. My Child is a Toddler:
My son is now 18-months old. This means that he is constantly "discovering" things. This has involved turning on our stove, rummaging through the cleaning supply closet, or attempting to lock himself in our walk-in closet. We have survived one instance of a partial hand burn when he immersed his hand into a boiling hot cup of coffee, as well as a more recent trip to the ER after he caught his hand between the elevator door and the adjoining wall. Every day is an adventure! The weekends are a constant quest to keep him entertained. Which also means that I am exhausted. And finally... 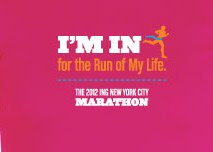 3. The NYC Marathon:
For those of you that do not know, I will be running the marathon this Fall. I caught the running bug three years ago and decided that I really wanted to run the NYC marathon once in my life. I applied for the lottery that year and was rejected. The next year I attempted the New York road runners 9+1 program, which guarantees automatic entry for the following year. However, I got pregnant and since I was not running regularly decided to hold off it for a while. Last year I ran my 9 races, volunteered for one and now I'm in. Which is great. Except that my life is completely different now than when it was three years ago. Career, child, family-there are too many variables and I cannot plan things in advance the way I used to. Which can make training for this race challenging. I contemplated deferring it or just bowing out. But what if I regret it? A switch went off in my head and I decided that I was going to do this. I bought the Nike sportswatch to keep track of my miles and pace, an armband for my Ipod. Now all I needed was a plan. I did not want to invest time running 4-5 days/week. I love Physique 57, Refine Method and Flywheel Sports and really want the option to be able to mix them into my training plan. Dori, a blogger and runner I admire a great deal was kind enough to share her marathon training plan from which consisted of three runs a week. Works for me.

I completed week 2 of training today. It hasn't been easy. I tried setting my alarm for 530am so that I can get a run in before work and also before it gets too hot. The snooze button and I have become way too familiar and so runs have been pushed to after-work when it's a little cooler. I ran 10 miles yesterday, the most I have ever run. After 7 miles an overwhelming sense of fatigue came over me. My feet began to hurt, my calves started to cramp and my head started to pound. I remembered a tweet I read from Katherine earlier in the day:


"If it was easy everyone would do it"


And so I pushed on. Thank you, Katherine! I walked a good portion of the last mile but I did it and collapsed in a heap by the time I got home.

Question: If you have run a marathon or even a half, I would love to hear your number one training tip for first-time marathoners, be it fueling, pacing, speed training.
Posted by Sam @ Mom at the Barre at 8:19 PM 9 comments

Hi there! I'm Sam, a new mom who is embracing motherhood as I continue to experience the amazing things New York City has to offer. From my favorite restaurants to workouts that really work, to my first-time mom mishaps, and my travel stories, I look forward to sharing my adventures with you and hearing about yours.

Mom At The Barre

Promote Your Page Too